I would like to set an offset in the collision component. That would prevent me from adding a child with a collider and would also make scripting easier.

I thought I had seen this suggestion before, but unfortunately I didn’t see the option in the upcoming version of PlayCanvas.

Am I the only one who needs this?

I think it’s a valid request. The workaround at the moment is to have the rigid body on the parent and the model on the child. This means that the model follows the simulation of the rigid body

Yes, that’s how I do it now, but that is far from ideal. This creates the necessary clutter in both the editor and the script. Is it possible to add an offset option in the collision component or is it not that easy?

@Albertos, I guess your best bet currently is to create a feature request for it.

It’s mostly a case of priority, who’s currently free on the team and can also handle the Editor integration

There’s a few features that are currently being worked which are higher in priority on the Editor side unfortunately.

Thanks for the tip @LeXXik. But if no one supports the request with a like or response then I’m probably the only one who wants it and it won’t be added anytime soon.

Is this a editor request or engine request?

It’s kind of both actually. First, we need the engine to support it. Then it needs to be exposed in the Editor UI somehow.

An open source contributor already had a go at implementing this:

Unfortunately, they weren’t able to address my concerns about performance so it was never completed and merged.

An original feature request for this was actually logged by me waaaay back in 2016:

Currently, you have to child a model to a collision component-enabled entity if you want to handle an offset. This is...

Since it can be worked around using the parent-child technique you mentioned, it was seen as relatively low priority. But I think we’re getting closer to the point where we should implement this feature.

Feel free to subscribe/comment/react to either of those pages on GitHub.

Hay @Will, I have placed a comment on your request because it has a (for me) clearer description, only I can no longer find your request in the list of open request…

Oh nevermind. “Pull request” means something else I think. (The request just got a little down on the stack).

I knew I saw this somewhere before, over 4 years ago

It would be cool to have a collision offset property ( x,y,z ), to help with the positioning of the Box/Sphere/Capsule/Cylinder types ( for when the pivot of the source model can’t be adjusted ). An “Auto Size” button to enable auto-sizing of the bounds to the selected model. Quick Example. Select the UFO model from the PlayJam scene. Note how the visual selection bounds show the extents of the model - this is what I’m trying to achieve with the box bounds, and this setting would be a …

Collision offset now has been added to the Editor 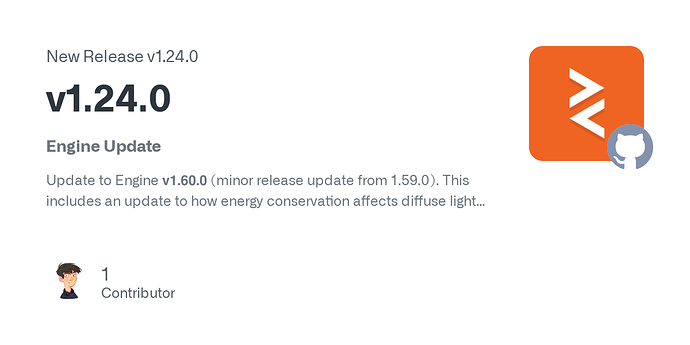