GIF722×712 1.66 MB
I looped the same animation.but sometimes
I got inconsistent results 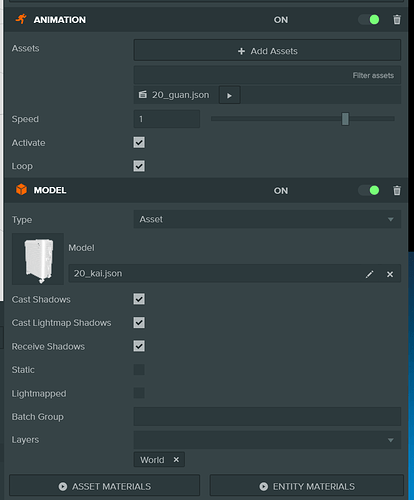 That’s weird, is it possible to share the project and the FBX to the original animation please?

I’m just thinking out loud, but I wonder if this can be related in some way to PlayCanvas resampling FBX animations at 0.1 second intervals. So, your imported animation may not have keyframes where you actually think they are and if the playback glitches in some way - like maybe a frame gets skipped because playback speeds are inconsistent - the animation stops in an unexpected location.

This may be unrelated to your problem, but knowing that the animation imported is probably not identical to the original animation (most animations are created at 30 fps, 25fps, or 24 fps, not 10 fps) might be helpful.

I wonder if adding a second keyframe for the closed position at least 0.1 seconds after the first closed keyframe would help. That keyframe should occur while the zippers are zipping, so I’d think it wouldn’t hurt anything.

Yeah. It seems like there’s a missing bit of info somewhere. Starting by looking at the original animation seems like a good idea.

I created a new test project sharing，which has FBX ，this is link https://playcanvas.com/editor/scene/1007102

Well, no insight or solutions from me, but I can confirm that I see the problem using two different browsers (chrome and firefox) and that the FBX file looks fine with the case closing on keyframe 15 which is a multiple of 3 (for 10fps from a 30 fps file). Also many “closed” position keyframes afterwards.

It does appear that if I load up my GPU by running a different PlayCanvas project (the one I should be working on now) in the background at 4K size, the error seems to occur more frequently.

It is also worth noting that the failure to sometimes close completely occurs in Editor as well as the launched app.

And I tried two more things just on a whim and no joy for them either. I closed the case by an extra half a degree (0.5 instead of 0.0) and I deleted all the extra keyframes for the closing case that sit between frame 15 and 60.

Thanks for your help, I added some key frames according to your suggestion, and got a normal animation, but after testing I found that this is random, and the second time I try to add, there will still be problems that cannot be closed.

@Rex Not sure what the issue is but converting it to GLB using our beta FBX -> Feature seems to work fine. We are looking to stop doing FBX -> JSON conversion VERY soon.

I’ve added you to the beta list for FBX -> GLB feature. Enable it in project settings -> Convert to GLB 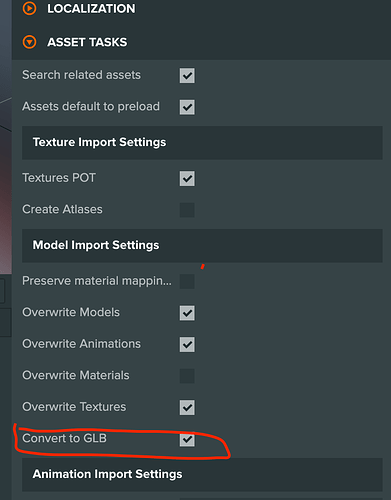 Thanks for your help, but “wang_rex” is my main account, please add this, thanks
https://playcanvas.com/wang_rex