Hello guys, i have been working on this game for a half year now.

I want to show the game so you guys can give some feedback on this, advices, discovered bugs and so on. Game has 35 levels, but in latest build there is only 30. There is update coming soon.

NOTE: This game would not exist with PlayCanvas helpful community, i also wanted to say thank you very very much!

Its also my first game ever created, i like this engine as well as Javascript.

Hi @smokys! I’ve played some levels, and I have to say you did really well! Very nice loading screen and general appearance. The first levels are well built and have some challenge. Everything plays smoothly and the opponent AI ​​also feels fairly natural. My compliments! 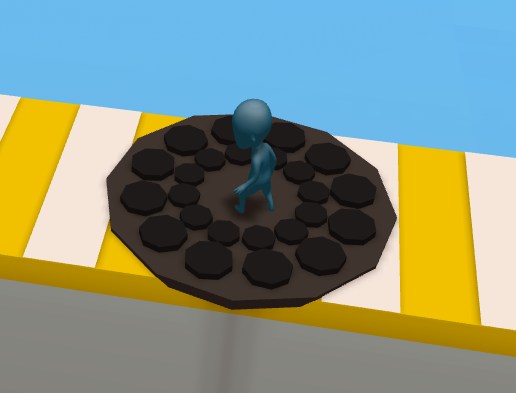 The erros below are reflected in every level.

I have not seen any bugs.

Thank you very much for you feedback.

After the loading screen I would show an instruction screen or small tutorial.

Yes, that is not bad idea.

I would also like to be able to jump and move backwards.

Its actually a thing i dont really want in game, i know its pretty common to move backward and jump, but this game isnt like that, i wanted to keep it simple, levels designs are also adjusted to the current movement. Jumping and moving forward/backward are coming in my second project

Shouldn’t I be safe on the image below?

Well those spikes coming from under are animated in Blender, and I had a really big problem to set collisions on animated objects, after a while i created a script which finds a bone in ceertain animated object , create and attach a collision on that, that is the way my collision can follow a simple animation. But these traps are having only primitive collisions (box, spheres…and so on). I could also set mesh colliders but those were struggling to be created. I also posted it on forum but nobody could find a solution why it is not created, after a while i think Leonidas found out that there was a mistake in pc docs, but in that moment i already had 30 levels created with improvised collisions

And spike collision looks like this. If i was creating the same trap in other project it would be done different, but as i said, its my first project so there are pretty much newbie mistakes 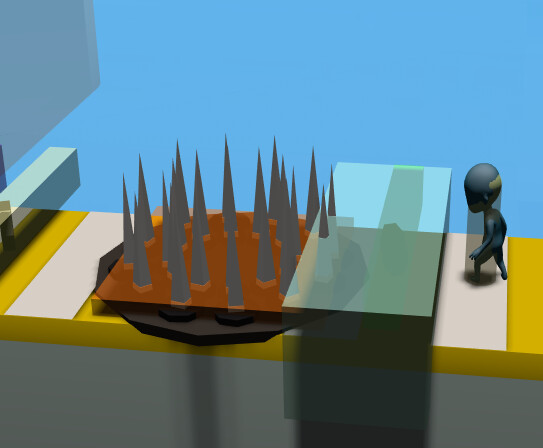 The erros below are reflected in every level.

I have no idea what are those, i also noticed them, but it is coming from pc engine so i have no idea how that one works